Nashua, NH – USA | January 7, 2021 — This is newsworthy because two of the four books have been named as The Best Books About Submarines in the World for 2021. Poopie Suits was #6 in 2020. These are significant books that document the untold story of the men who manned the US Submarine Force during WWII, the Cold War, and the War on Terror. Each story is real.

Poopie Suits has donated proceeds from the beginning to the United States Submarine Veterans, Inc. Scholarship Fund. Each book sold (soft cover or e-Book) generates a donation of $5 to this Fund. To date over $44,000 has been donated. 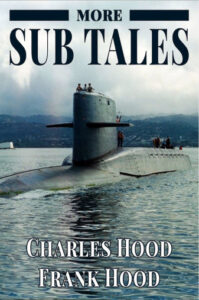 One of many reviews on Amazon on the predecessor, Sub Tales – Stories That Seldom Surface:

“Sub Tales is another truly fantastic book by the authors of Poopie Suits and Cowboy Boots. As I read story after story from submariners that exhibited grace and level headedness under pressure, I couldn’t help but be impressed with those that volunteer their time, often thanklessly, so that the rest of us can rest securely under the blanket of freedom they help provide. This book is a paean to these warriors. We will never be able to fully appreciate the depth of sacrifice these individuals made because the very nature of their service precludes us from knowing the full measure of it. Sub Tales is deftly woven, engaging, and very much a page turner. I highly recommend it to anyone that is interested in the exploits of the extraordinary volunteers to the “Silent Service”.

* Poopie Suits named #3 Best Book in the World on Submarines 2021
* Sub Tales named #5 in the World for 2021
https://bookauthority.org/books/new-submarines-ebooks

All four titles contain riveting accounts of the triumphs and tribulations of the US Submarine Force. Each book features plenty of vintage photographs and personal recollections from the men who served. More Sub Tales joins the series with 36 new stories about the Silent Service, spanning more than a century of history from the experimental submarines conceived by Simon Lake in the late nineteenth century to the christening of the USS Hawaii (SSN-776) in 2006. Together these stories weave a compelling and instructive narrative of American submarines and the men who rode them.

Richly illustrated with more than 350 photographs, More Sub Tales will entertain and inform the reader about key moments and milestones in the evolution of submarines. Learn about the many ordeals, sacrifices, and brave acts that represent the proud legacy of this underappreciated segment of our Armed Forces.

Each story has been carefully vetted by more than two dozen veteran submariners for accuracy, and in most chapters, additional authenticity has been gained by interviewing actual participants. The book has been written with clear language, and explanations where relevant, to appeal to a wide-ranging audience.

More than a year in the making, and involving hundreds of interviews and thousands of correspondences, this richly researched volume takes its rightful place in the expanding Poopie Suits series. Simply put, these books chronicle what makes the US Submarine Force one of the world’s elite military groups.

The Poopie Suits series of books was created by 2 brothers, Frank and Charles Hood, who started by detailing the submarine service of Frank during the late 60’s to early 70’s. The first book, Poopie Suits & Cowboy Boots, takes the reader on the journey of a young man who volunteers for submarine service and includes historical and cultural touchpoints of the era, including the Vietnam War, political unrest and assassinations, the nascent space program, and more. Richly detailed by co-author Charles Hood and written in a language that anyone can understand, it focuses on true stories of daily life on a submarine.