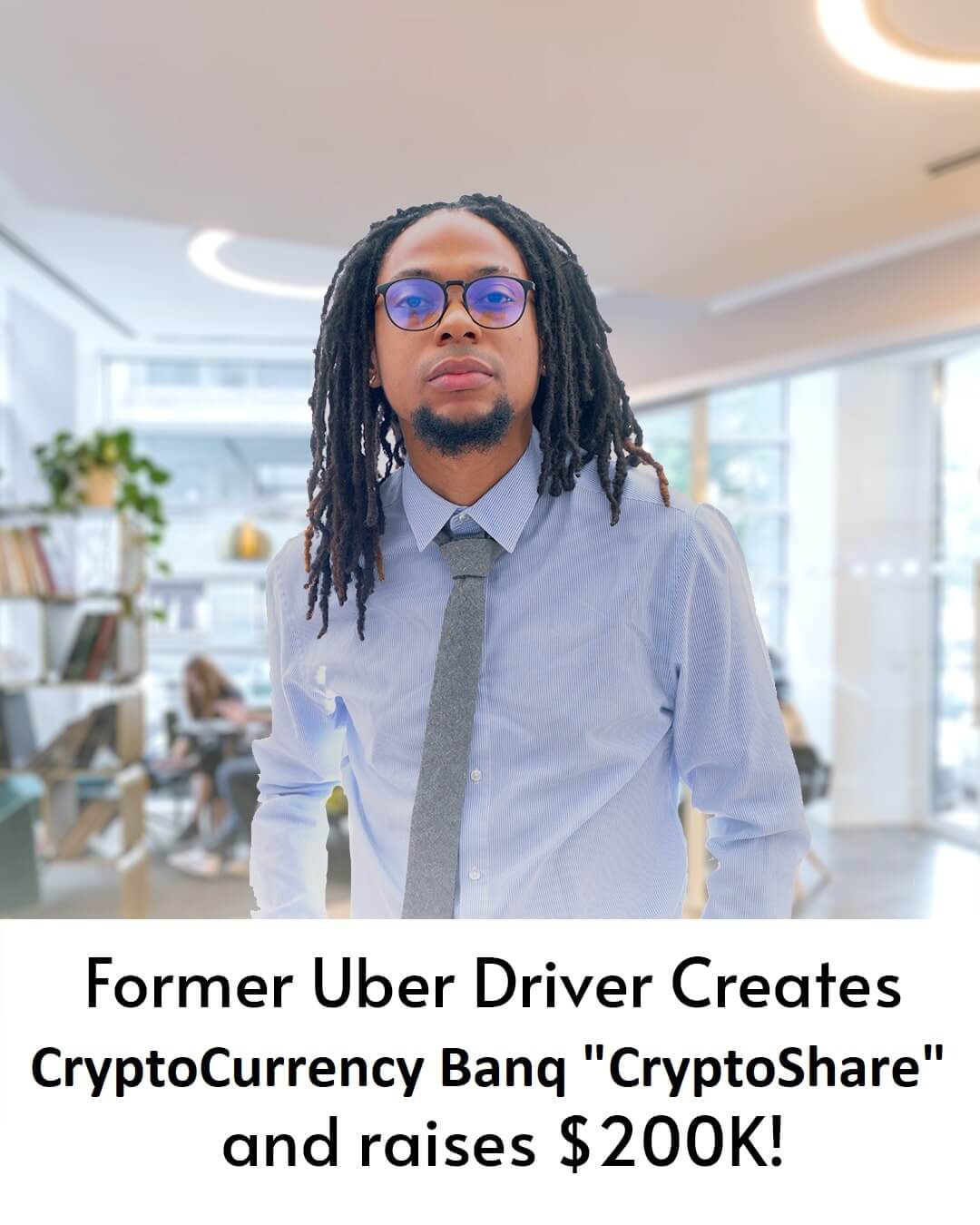 His company CryptoShare Banq is raising Funding on Wefunder below: Wefunder.com/Cryptoshare

The Raise closes April 30. This could be the last chance for people to invest!

Almost Five years removed from getting people from one place to another. He is now getting people to Build Wealth using Cryptocurrency with his company “Cryptoshare Banq”.

“In 2018, after I gave up Uber I made a decision to build Wealth and help others in the process.

Our Target Market is the Creditless, Unbanked, and Underbanked (over 25% of US and over 70% in Latin America).

Almost a 3rd of the World do not access to basic Financial tools (debit cards, loans, savings & checking accounts).” ~ Anade

Cryptoshare Banq launched on Feb 1, 2022. Presently the company has raised $200,000 USD and has nearly 200 Users using the CryptoCurrency Banq!

Payday loans, the often derided side to personal finance, have been gaining in popularity for quite some time in the UK.

What was once a small, niche related business, has now become a multi-million pound industry. The demand for the product seemingly growing thanks to the lending patterns of major lenders and banks.

Established within that market is the company Payday Loans UK. Formed by two ex-bankers, the firm base it’s ethos on delivering cash advances to those refused elsewhere.

In keeping with this innovative spirit they have revealed a new mascot to go along with the usual payday loans product.

The aim of this ‘talisman’ is more of a symbol than a novelty as Nick Cox from the company explains;

“We came up with the concept of Jackson as more of a multi-functional device then an un-purposeful icon.”

“Our initial aim for Jackson is to have him implemented as an online helper on our website. He will be on-hand if the customer runs into trouble with any detail. There will be a knowledge base attached to the interface and an online operator for 2nd level queries.”

“After that the sky’s the limit really, we could have him as the spearhead for ad campaigns or even as acting CEO for the day!”

The company hopes that Jackson will bring some much needed cheer into what can be an often depressing situation.

Cox is under no illusion as to how customers feel when accessing his site;

“Payday loans suck. Let’s face it. Nobody wants to take out a loan and when they do they’re not going to be happy about it. Hopefully this will put a smile on their face.”

The company’s aims for Jackson the dog are still be sketched out and he has not yet been implemented into the user experience on the website payday-loansuk.org.uk.

The whole process is being strategically mastered as if re-homing a pet. Payday Loans UK expect the first wave of Jackson mania to start at the end of this month.

Payday Loans UK are a fast online payday loans service aimed at those refused elsewhere. Loans are approved instantly and deposits can be as fast as 15-minutes straight to customers’ UK bank accounts.