100 songs composed in less than 7 days. It’s the latest music experiment by Artists and Producers Veronica Vitale and Patrick Hamilton.

Los Angeles, CA – USA | February 10, 2021 — 100 songs composed in less than 7 days. It’s the latest music experiment by Artists and Producers Veronica Vitale and Patrick Hamilton. Prismatic dojo “The All Colors theory” is a contemporary experiment between color gradients and music frequencies brought together to heal the mind and soul. Every volume collects the tales of different shades of color. Every piece of music was composed in a room filled with color changing screens and LED lights to provide a variety of colors to change the vibe of the room completely. The word “Dojo” literally means “Place of the Way” in Japanese. It’s a hall or a place for immersive learning and meditation. 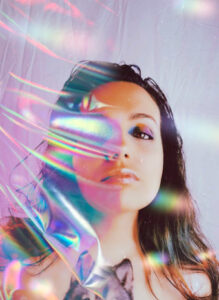 Prismatic Dojo is an original spontaneously performed musical masterpiece, recorded live without any pre-existing score or prior rehearsal. It’s a journey and a work of art that starts right at the door of the Soul’s Chambers and fits perfectly in the field of positive psychology. Artist Veronica Vitale and Patrick Hamilton head straight for “the zone” an area that people only enter when their passion sets them into a euphoric trance. In this place you experience the flow state where an artist talent is fully immersed in a feeling of energized focus. The artist is fully involved, and immersed in the essence of the “flow”; characterized by the complete absorption in what one does, and often resulting in the transformation of one’s sense of time – while truly enjoying in the process of the activity. Prismatic Dojo is familiar to the Chromesthesia Concept but different in understanding how rather than a color influence on an already existing sound how this color itself influences the production of a complete new music of music. Simply put, rather than sensory influence, how does it effect sensory creation.

“To understand anything non-physical, one needs a certain level of creativity and imagination. Frequencies are hard to see but easy to feel” – says Artist Veronica Vitale.

“ One way to understand the Universe is in terms of energy and frequency. We wanted to explore how a specific color in the room would influence not only the performer but also the human psyche. Can the resulting sound influence the feeling of color even when it is absent to the listener ” – says Artist Patrick J Hamilton 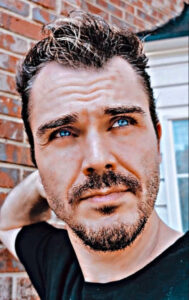 Italian Recording Artist and Producer Veronica Vitale together with American Musician and Film Director Patrick J Hamilton are both advocates of the theory of quantum consciousness and the idea that various systems (e.g. physical, biological, social) should be viewed as wholes, not merely as a collection of parts.

“While recording, We were walking through some sort of dream, an alternative reality, Music of an almost other-worldly beauty brought us in this spiritual world made of fantasy, dreams, where everything is possible” – says Veronica Vitale

Prismatic Dojo is recorded as a whole concept but divided in 2 minutes track and presented to you like a passage, chapters. From night to dawn, form red to blue, from Celtic ancient ages and old legends to whales floating in deep oceans. From tales of star-crossed lovers and exile, to soldiers singing Gregorian chants and hymns like Hail Holy Queen ( “Salve Regina” )

Some of the Healing Frequencies In this Music Work:

•    639 Hz reconnects you with your relationships. 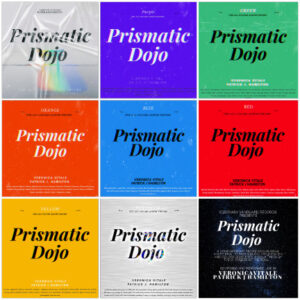