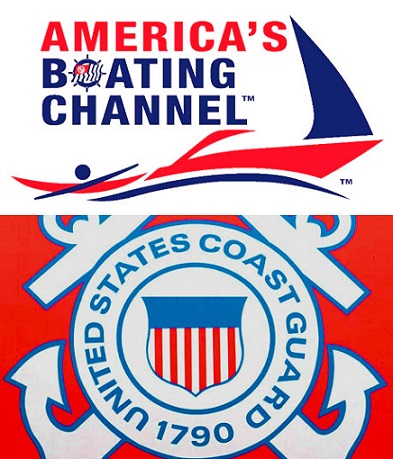 USPS, founded in 1914, is a volunteer-led nonprofit organization of more than 21,000 members dedicated to the shared mission of making boating safer through education. USPS is America’s Boating Club® – For Boaters by Boaters™. Organized locally into 320 squadrons, USPS provides boaters across the nation with the skills they need to boat with confidence and enjoy the waterways. USPS creates and teaches boating classes online, in person, and on the water, and offers free vessel safety checks (VSCs) to ensure that boaters have safe watercraft.

In acknowledging the grant award, USPS National Educational Officer (NEO) Vice Commander Bill McManimen, SN commented, “United States Power Squadrons’ boating safety and boater education video service, America’s Boating Channel, received awards for being the Top Marine Media Outlet in 2021 and for producing the best PSA Video Series in 2022, but its most meaningful award came in June in the form of increased support from the U.S. Coast Guard. Work on the new grant commenced in July and much has already been accomplished. The new grant will enable us to substantially expand America’s Boating Channel into a mainstream media offering over the next three years.”

2) Viewership Promotion
America’s Boating Channel will stimulate video viewership with a year-round campaign, including daily posts across multiple social networks and media outlets designed to creatively alert and memorably impress upon the boating public the inherent risks associated with boating, to persuade recreational boaters to adopt safe boating behaviors, and to remind them of these behaviors with creative variations on promotional campaign themes. In addition, the service’s exploration of social media platforms with youthful demographics will be rolled-out as a new promotional program. Since July, the service has promoted Season Six videos and a countdown to the public launch of Inlet Drone Videos.

4) Inlet Drone Videos
America’s Boating Channel will launch a new service offering based on the video concept tested during its prior USCG grant to prepare recreational boaters for their first sorties into harbors, rivers, and other high-traffic entrances. Inlet Drone Videos will feature low altitude aerial shots of leaving from and returning to major US waterways across the nation with narrative explanations. During the grant period, forty inlets will be covered and a training system with production technical details and processes for participants nationwide to create and submit drone footage for inclusion will be offered. The world premiere of Inlet Drone Videos covering Cape Fear, Haulover, and Columbia River will take place November 5.

Mountainsong Galleries in Carmel-by-the-Sea, California, is committed to representing more OPA and AIS credentialed Master Artists than any gallery in the world.

Carmel-by-the-Sea, CA, June 09, 2014 – <a href=’http://www.mountainsonggalleries.com’>Mountainsong Galleries</a> on Ocean Avenue in Carmel-by-the-Sea, California is the place to find more of today’s OPA and AIS Master Artists than anywhere in the World. The gallery owners Jonathan and Lucinda Mountainsong have created a friendly, fun upbeat setting filled with contemporary Master Artists, whimsical and dramatic bronze sculptures, stunning glass art and custom wood furniture. <a href=’http://www.mountainsonggalleries.com’>Mountainsong</a> represents some of the greatest artists of our time from coast-to-coast.

June Featured Artist:
Daniel E. Greene, N.A. is a former instructor of painting at the National Academy of Design and the Art Students League of New York. He is the author of “Pastel” that was in print for 25 years and “The Art of Pastel,” which were published in English, French, German, Spanish, Italian and Chinese. In 1969, Mr. Greene was elected to the National Academy of Design.

Mr. Greene’s paintings and pastels are in over 700 public and private collections in the United States and abroad. He has been the recipient of the Elizabeth T. Greenshields Foundation grant and the Anna Lee Stacey Foundation grant. A retrospective exhibition of Mr. Greene’s paintings and pastels was held in 1987 at the Hammond Museum in New York. Five highly successful exhibitions of Mr. Greene’s subway series appeared in New York and were featured on ABC-TV, Fox News, PBS, CNN, New York 1, NHK TV Japan, and in over 50 international magazines and newspapers. One exhibition “Subway Paintings” at the New York Transit Museum at Grand Central Terminal was the inaugural event in the centennial year of the New York subway. Mr. Greene has been the featured artist in American Artist magazine 15 times. Articles about his work have appeared eight times in the Artist’s Magazine. Favorable reviews have appeared three times in Art News magazine. In February 1999, Mr. Greene’s paintings were featured in a cover article of the International Artist magazine. In 1998 Daniel Greene was interviewed in the Academy Award nominated documentary “Ayn Rand, a Sense of Life” and was the subject of the cable documentary “The Genuine Article” as well as a PBS documentary featuring his subway paintings. Mr. Greene’s figure and still-life paintings are handled by Mountainsong Galleries in Carmel-by-the-Sea, California, Eleanor Ettinger Gallery in New York, New York, Cavalier Gallery in Greenwich, Connecticut as well as Nantucket, Massachusetts and Miller Gallery in Cincinnati, Ohio. Highly regarded as a portrait artist, his subjects include leaders of government, banking, education, and industry. A few of the early works include Mrs. Eleanor Roosevelt, astronaut Walter Schirra, author Ayn Rand, and William Randolph Hearst. Some governmental portraits include Governor Scott of North Carolina, Governor Laxalt of Nevada, Governor Beliles of Virginia, Governor Lehman of New York, as well as two mayors of New York City. Some later portraits include Dave Thomas of Wendy’s, Governor Fob James of Alabama, commentator Rush Limbaugh, Congressman Billy Tauzin, composer Alan Menken and Bryant Gumbel of CBS. Some recent portraits include John and Adele Lehman for Harvard, Eric Widing of Christie’s and Governor Benjamin Cayetano of Hawaii. A partial list of sitters includes the chairmen of the boards of Honeywell, Coca-Cola Company, Dupont Corporation, American Express, the New York stock exchange and IBM. Mr. Greene has also painted the deans and presidents of: Tufts, Duke, Columbia, North Carolina, West Point, Delaware, New York, Princeton, Rutgers, Yale and Harvard universities.