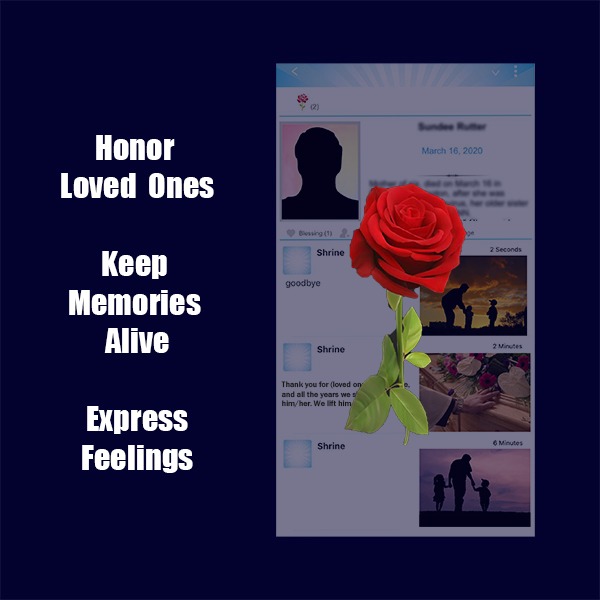 KUWAIT, Kuwait, 2020-Nov-06 — /REAL TIME PRESS RELEASE/ — After going through a personal experience when my father passed away, I felt the need for a way to express my feelings where ever I be.

I decided to invest in the development of a dedicated app to honoring and remember loved ones. The development continued for three years and produced an unprecedented app with outstanding features.

I named it Shrine. It is a free and easy to install. With Shrine you can express your feelings privately or publicly. You can send daily blessings to the deceased soul, It provides many options and features, you’ll discover yourself.

“A stunning crossover between urban trip hop and straight pop genres…..powerful lyrics…infectious beat…gets it’s message across….now is the prefect time to get on the Astronauts hype train”. – Real Music Network

New York, NY, June 20, 2016 – US based alt­pop/ trip­hop collective, AOA (Astronauts Of Antiquity) debut their single, ‘Paradise’. The song’s recent release date coincided with the March Against Monsanto phenomenon taking place in major cities worldwide. AOA, along with artists such as Neil Young are at the forefront of the March Against Monsanto with their new single, ‘Paradise’, from their upcoming EP, ‘Beyond The Maze’. The track was mixed by Martin Cooke (Muse, Death Cab For Cutie, Flying Lotus) and was mastered by Ian Sefchick from Capitol Records.

AOA’s debut single has already received a considerable buzz. ‘Paradise’ was recently featured in the Huffington Post highlighting the band’s conscious musical efforts towards the harmful effects of genetically modified organisms (GMOs). The single also debuted on the CMJ Hip Hop Charts at #36, climbed to #22 and continues to raise its chart position.

At the heart of ‘Paradise’ is Los Angeles based rapper and spoken word artist Deploi. Deploi’s expansive lyrics are delivered with urgency in matters concerning Monsanto,referencing George Orwell’s ‘Animal Farm’ and the obesity epidemic in the West. Tieing in with the core message of ‘Paradise’, AOA’s vocalist, India (Best Female Vocalist–Detroit Music Awards), offers up a distinctly swaggering vocal style with intriguing melodies that are hard to ignore. B. Rhyan (Bernie Worrell) throws dark, haunting guitars over Ivica’s (Sony­Epic) arrangement of electronic soundscapes sending tension and atmosphere throughout the track. ‘Paradise’highlights the many issues with Monsanto’s genetically modified food that has been stated in scientific studies to cause health and environmental problems.

The discussion around Monsanto is a lively one; GMOs remain a hot topic of debate for people everywhere. The March Against Monsanto movement continues to grow and has now garnered over a million followers on Facebook. AOA recently released their accompanying music video for ‘Paradise’, a satirical take on the dangers of corporate dominance. Aside from their quirky magnetism and bohemian charm, AOA has clear, strong messages laced with mesmerizing song craft, gaining attention from the likes of Rick Rubin and Jeannie Hopper.

‘Paradise’ sets the pace for a prolific array of upcoming releases from the talented group. Watch out for AOA as they catapult onto the world stage.