Blockchain technology is a need but access is only given to few. Therefore, ANB blockchain is providing access to everyone and not only one by lowering the gas fees and providing a Scan, Testnet, Wallet, and DEX-bridge-Multichain in one chain.

Cambridge, Cambridgeshire, United Kingdom | December 28, 2021 — ANB Blockchain (Access Next Blockchain) will set its launch to the public. ANB Blockchain is a product of a community that had been into cryptocurrency and blockchain technology, for almost 6 years on trading and experiences combined, the community behind this blockchain project lose a lot more than gaining.

Blockchain technology is new to the public eye and it is complicated to learn especially if you have little knowledge about it. People only hype the financial aspects of it in economics but never mention the risk factor of it upon the scenario. This means that as a blockchain you have a right to take control and responsibility for the project being deployed within your chain but most blockchain technologies right now never take that measure. Allowing rug-pull projects deployed on your chain is a bit unethical reason is always advised to “DYOR” or “Do Your own Research” but still, as a blockchain, you have the right to protect your investors. 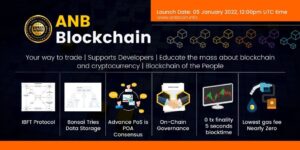 ANB Blockchain is layer 2 with an enhanced architecture and security.

ANB Blockchain is ready to set. ANB Testnet, Scan, Wallet, and DEX-Bridge-Multichain projects are almost done and can be used by January 2022. ANB Blockchain will have its ICO and IEO to place the ANB Coin in exchanges. SInce ANB Blockchain is for the community, the ICO amount set for the public is 30 million.

Hence, ANB Blockchain is a community blockchain from which you can benefit. Support ANB Blockchain for this is your way to trade. Access is given and access is already granted. Let us bring ANB to exchanges so that we can have a blockchain that has a heart for the community and has a vision and plans for everyone.

Block Armour has announced today that it has been selected to participate in and showcase its offerings in the upcoming 2021 edition of the SelectUSA Investment Summit.

Mumbai, Maharashtra – India | June 08, 2021 — Block Armour, an emerging provider of Zero Trust Cybersecurity solutions, has announced today that it has been selected to participate in and showcase its offerings in the upcoming 2021 edition of the SelectUSA Investment Summit scheduled to take place from June 7-11, 2021. In addition to being one of the exhibitors at the summit, Block Armour has also been shortlisted, from among a large volume of impressive applicants, to pitch its solutions at the Cybersecurity panel of the event.

Block Armour will showcase its next-gen solution designed to secure critical systems, integrated IoT infrastructure and communication networks based on the Zero Trust principle. The solution is powered by software defined perimeter (SDP) architecture and Blockchain technology and was featured among the Top 25 innovations worldwide in Cybersecurity. The solution uses digital signatures (not just IP addresses) to identify, authenticate and authorize devices, thus making it well suited for today’s distributed and hybrid enterprise-IT environments as well as Smart City, Industry 4.0, and upcoming 5G networks.

Dallas, TX, USA, 2020-Aug-04 — /REAL TIME PRESS RELEASE/ — The Bitcoin core network today runs on the proof of work algorithm. It leaves the network open to the 51% attack, also it is costly to mine and harmful for the environment. The PoW mechanism has also been a hindrance to scalability.

However, numerous innovations are trying to deal with the issues, facing the Bitcoin network while preserving certain unique aspects of the original concept. For instance, the 21 million tokens supply along with the proven code-base that has been improved over a decade is worth preserving.

The Bitcoin Proof of Stake coin reserves the strongest aspect of the Bitcoin network with a flexible proof of stake algorithm. It presents a new paradigm in the utility of crypto. The Bitcoin PoS coin preserves everything that Bitcoin has while bringing new development to the blockchain technology.

Driving Mass Adoption
When Satoshi Nakamoto launched Bitcoin about a decade ago, his goal was mass adoption of crypto that would replace the current financial system. However, that goal has not been achieved. Many crypto projects in existence today have numerous issues that prevent mass adoption.

The Bitcoin PoS project aims to advance Satoshi Nakamoto’s vision of a decentralized financial network that is independent of centralized control. Bitcoin Proof of Stake is designed to be scalable and easy to use. The goal is to give access of banking services to billions of people globally. To achieve this, Bitcoin PoS aims to be a coin for ordinary retail payments.

About the Proof of Stake Mechanism
The Bitcoin network is secured using a proof of work mechanism. However, the PoW mechanism is energy-intensive and requires expensive mining rigs to secure. The proof of stake mechanism wants to replace how consensus is achieved. Instead of using PoW, the staker that generates a block has to provide proof that they have access to given number of coins.

Generating the block will entail the sending of coins to oneself, which proves ownership. The amount of coins needed for staking is determined via a difficulty adjustment model that is similar to the PoW mechanism. The goal is to ensure an approximate constant block time. Just like PoW, the block generation process will result in rewards via a transaction fee and supply model.

Bitcoin PoS Deals with the Bitcoin Centralization Problems
The Bitcoin network appears perfect to its proponents. However, it has a problem with centralization. The high cost of power and the expensive mining rigs mean that only a few select companies can afford to mine the BTC network.

The result is that only those with access to cheap power can secure the network. Today, most of those miners are located in China, which has led to a high concentration of mining power in one region. In effect, Chinese miners control the Bitcoin network. It was not the vision of decentralization that Satoshi Nakamoto had in mind.

To make the issue worse, the places where the cost of power is low also have highly authoritarian systems of government. Another issue is that in nations where the cost of power is high do not recognize BTC mining as a business. Thus, miners do not get access to subsidized power. It has led to the proliferation of mining cartels with some companies controlling as much as 5% of the mining power.

The Current State of Bitcoin PoS
While Bitcoin Proof of Stake uses a proof of stake mechanism, the Bitcoin PoS still keeps up with upgrades to the Bitcoin network. Any upgrade made by the developers are added to the Bitcoin PoS blockchain. Today, the coin is tradable on crypto exchanges; it has a market price of USD 89.07 according to data on CoinMarketCap. It has a market cap of $308,995,384 and it is ranked at 40 by market cap in the world but actual raking on coinmarketcap.com is 205 because of their raking systems.

New listings on different platforms and exchanges will come. 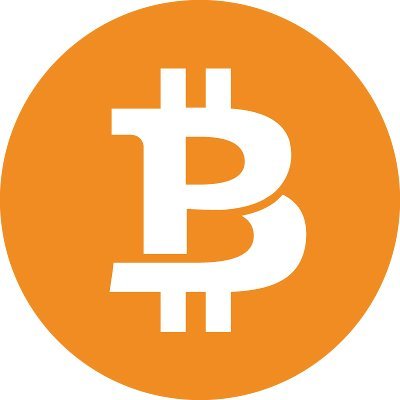