Colorado School of Mines utilizes Clayton 200 BHP low NOx generators to help with load fluctuations and save 38% in energy costs.

Los Angeles, CA, USA | May 31, 2022 — In recent years, Colorado School of Mines (known as Mines) had been purchasing excess steam from the nearby Coors Brewing Company facility to heat their campus. A series of vaults with pipe conduits were built connecting the Coors’ plant to the campus buildings to divert their surplus steam. This arrangement was advantageous to both facilities. Over time, however, the pipe conduits became worn and needed replacing. Mines was faced with a decision: repair the vault infrastructure or invest in a new boiler room. Despite the higher initial cost, it became clear that reinstating their own plant would be more economical overtime. They had been paying Coors approximately $13/1000 Ibs for their steam, whereas the school could produce steam for $7/1000 Ibs by installing two steam generators from Clayton Industries, thus realizing a savings of 38% on their annual energy costs. 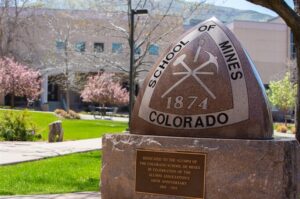 The Colorado School of Mines, a public research university focused on environmental science and engineering in Golden, Colorado, had been utilizing steam to heat their campus for a majority of the time, since their inception in 1874.

Yet in recent years, the school had not been using steam from their own boiler room. Instead, they were purchasing steam from the Coors Brewing Company facility down the road. The equation was simple: the Colorado School needed steam, and the Coors facility was creating excess steam. By building a series of vaults with pipe conduits connecting the Coors’ plant to the campus buildings, they could divert their surplus steam to the school – allowing the campus to relinquish their boiler room duties, and Coors to get some extra cash.

It was a symbiotic relationship, while it lasted.

Over time, the pipe conduits within the vaults began to show their age, becoming worn. By April 2015, the wear was sufficient that Colorado School was faced with a decision: put in the money to repair the vault infrastructure or invest in a new boiler room. Despite the higher initial cost, it became clear that reinstating their own plant would be more economical overtime. They had been paying Coors approximately $13/1000 Ibs for their steam, whereas the school could produce steam for $7/1000 Ibs.

The limits of conventional boilers, and the need for supplemental support.

With Colorado’s notoriously cold winters and the school’s sizeable student body, it was clear that Colorado School was going to need conventional boilers to handle the 70,000 pounds per hour (pph) peak loads during the winter months. This is why Legacy Mechanical, the mechanical contractor overseeing the job, obtained two 50k pph conventional steam boilers. 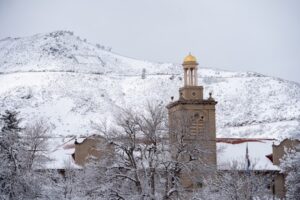 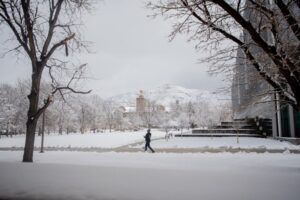 (Caption: With Colorado’s notoriously cold winters and the school’s sizeable student body, it was clear that Colorado School was going to need conventional boilers to handle the 70,000 pounds per hour (pph) peak loads during the winter months.)

The problem is that these boilers comprise large tanks of water, all of which needs to be heated to make any amount of steam.

RMH group, the design engineering company working on the project, knew of Clayton Industries’ generators and were confident that the Clayton equipment would be able to pick up the slack from the conventional boilers.

Legacy Mechanical purchased two SEOG204-1-FGR steam generators and condensate receiver (CR) feedwater skid package. The plan was to integrate a master lead lag system for the Clayton 200 BHP low NOx steam generators into the boiler plant control master. They would use the two water tube boilers for the base winter loads, and the Clayton generators to handle fluctuations on-demand, as well as the summer loads.

Clayton generators are not like conventional boilers, in that they are not like tea kettles. You don’t have to heat the entire kettle. Instead of heating tanks full of water, these generators create steam by pumping a small amount of water through a coil tube. By using such a low quantity of water, the generators require less energy to operate, and are better able to modulate their steam output to match changing load profiles. One result? Instantaneous, energy-efficient hot showers for all. 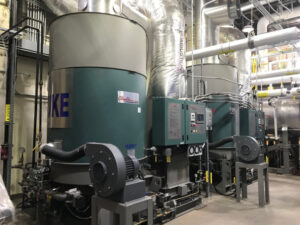 Colorado School of Mines is already in talks about a third generator– so they can continue to deliver that reliable, on-demand heat to their faculty and student body as they expand their campus.

About Colorado School of Mines:

Founded in 1874, the Colorado School of Mines is a public research university focused on science and engineering, where students and faculty together address the great challenges society faces today—particularly those related to the Earth, energy and the environment. The school, known colloquially as “Mines”, offers both undergraduate and graduate degrees in engineering, science, and mathematics, and minor degrees in the humanities, arts and social sciences. The Mining Engineering Department at Mines was ranked No. 1 in the 2021 QS World University Rankings by Subject, released in May for 51 different academic disciplines and fields – a ranking the school has held consecutively since 2016.

Meenakshi, is a Woman Inspiration and a Mompreneur awardee and a former IT professional, presently running Art Splash Academy of Fine Arts successfully since 2015. 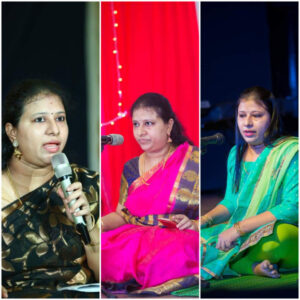 They started their operations online since 2018. Most students join them through their existing customer references and also new joinees from abroad. Thanks to social media for this.

Their teachers are well experienced to plan lessons and theory and make it reach students in a systematic way. This came as a major advantage. Not only did they get new customers but also retained them. Not only do they learn but they are given opportunities to perform and exhibit their learning on stage and live concerts time to time. In the case of abroad students they perform online live on Facebook or YouTube and various platforms. Students are encouraged and trained to be performers. 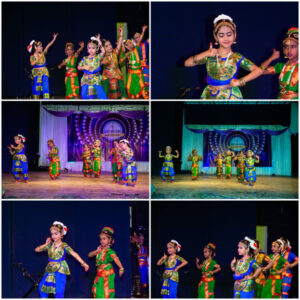 Their online presence has helped them reach out to many countries including Germany, Singapore, Ireland, Canada, US – California, Texas, Australia, UK, France, UAE and more… 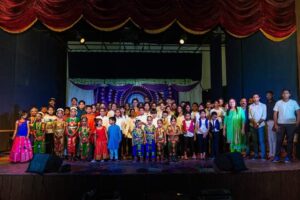 They train kids, teens and adults on vocals, dance, instrumental music, arts and more. In most cases they follow western syllabus recognized by Trinity college London and Indian syllabus for the carnatic style. They provide best training on Piano, Keyboard, Guitar, Drums, Vocals, Violin on Western syllabus and Bharatnatyam, Carnatic vocal, Violin, Mridangam, Tabla on Indian style. They also train Hiphop, Jazz and special choreography for corporate events and occasions. They provide zumba and yoga sessions for fitness as well. In Arts exclusively wider range from sketches to acrylic to Tanjore art or Kerala Mural to coffee painting and more are offered to learn.

Many customers abroad enrolled kids for the summer or winter camps on a regular basis during their vacation. They always requested online classes as the kids and parents got the comfort level with Art Splash. Many were impressed with the crash courses like Robotics, Aeromodelling and Animation that were all fruits of Meenakshi’s love for science and are available as custom made programs. 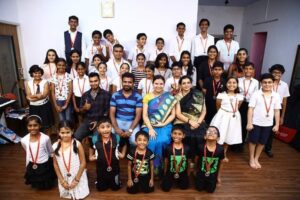 A 24hr support system has been kept in place to manage the time differences at different locations that they serve. A technical support system during the sessions have helped to keep zero downtime.