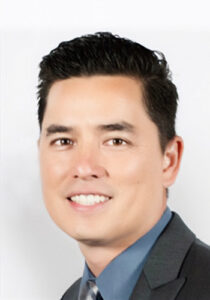 Reflecting on his new role, Johnson said, “I’m a heavy process guy in the way I think and the way I work, but the customer doesn’t pay for process, they pay for the output of the process. To me it’s all about improving our existing lines and expanding our available lines – helping to streamline and yet expand at the same time. There’s an incredible amount of talent and knowledge at WPSS with a solid team of engineers, and building on this strength, we’ll be a force to be reckoned with.”

Among Johnson’s responsibilities at Western Pacific will be oversight of the day-to-day engineering work, including estimating, CAD and Project Management. At the same time, he will bring focus to improving existing products and optimizing the path for Western Pacific to “deliver products to market that will bring value to our customers”, Johnson said.

Tom Rogers, Western Pacific’s CEO said, with Western Pacific’s commitment to lean engineering processes, and Chuck’s dedication to process, (he holds Lean Six Sigma, Manager of Quality Organizational Excellence, and Agile Project Management certificates), we feel that Chuck will truly be an asset to our organization and our customers.

Johnson developed his engineering / project management, product development and team building skills at leading California-based supply chain companies, one where he was recruited to improve New Product Development across the company’s substantial range of product categories, as well as a manufacturer of custom racing pistons where he was promoted from engineering manager to lead the quality, R&D and application engineering teams.

Chuck Johnson holds a BS, Industrial Technology degree from California State University Los Angeles and an AA in technical drafting from Palomar Community College. A lifelong automotive enthusiast, Johnson piloted a race car to set three land-speed records (193 MPH) – two of which still stand – and formed/led the team that built and campaigned the car. In his spare time, his automotive engineering skills also led him to a multi-year stint as contributing editor with MotoIQ, an automotive performance website that provides technical content.

Over the past thirty years, Western Pacific Storage Solutions – https://www.wpss.com/ has been serving the smartest links in the supply chain, emerging as one of the leaders in the Material Handling Industry. The company has experienced steady growth as a trusted supplier of industrial shelving, multi-level systems and work platforms (mezzanines) to some of the world’s largest corporations, serving global supply chain and material handling customers. The company’s national operations in California, Texas, and Kentucky, include manufacturing plants, and three well-stocked distribution centers.

Utilizing Audible’s Whispersync for Kindle Technology. Narrated by a Navy veteran who brings authenticity to the story through his own former submarine experiences.

Nashua, NH – USA | December 17, 2021 — Highly vetted by dozens of submarine veterans, Poopie Suits & Cowboy Boots tells the story of a young man coming to age during a time of great turbulence and change in our country. It follows him from Navy ROTC to the required interview with Adm Hyman G. Rickover, to intense training, to the 3+ years he spent having a front-row seat to the very real intrigue with the Soviet adversaries during the Cold War. 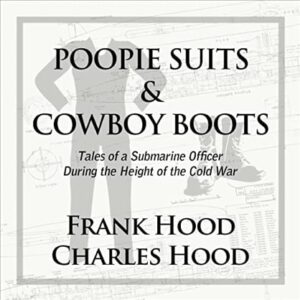 It is rich with historical context that includes the Vietnam War and the associated civic upheaval, the counterculture, political assassinations, and the Apollo Space Program.

It explains, in terms a non-technical person can understand, the various systems found on a nuclear submarine and how they work: the reactor propulsion system, sonar, the periscope, how to fire a torpedo, communications, and a lot more.

No classified details are revealed, the story is more about the day-to-day life on a hot running nuclear submarine during that period. The book highlights the funny, maudlin, and sometimes tragic stories among the men who were locked up for many days in a steel tube with no sunlight, no news, no word of the family back home.

How did they deal with the stress of knowing one mistake could doom the entire boat? The details will fascinate you.

“A wonderfully well-written book, which takes a closer, more human glance at the life of the submariner during the Cold War. This is a human story, not a story about tech, or ops, or strategy. This is light-years apart from other submarine reads like “Blind Man’s Bluff”, but no less engrossing.”

“I thoroughly enjoyed this book and devoured it in two days. As a diesel submarine officer during the same era the book dredged up memories. The book was well written and should appeal to anyone with an interest in submarines. It’s biographical, not an expose or a hard-core technical treatise.”

There are many more reviews on our Facebook page (www.facebook.com/2hoodssubbook). Here are two:

“Very well written factual recollections, and often humorous, of US submarine past events and people. if you have ever been curious about US submarines in any aspect, there’s always something good to read here.”

Both Poopie Suits & Cowboy Boots and Sub Tales – Stories that Seldom Surface, have been named among the Best 100 Books on Submarines All Time by the Book Authority, a service that reviews books for top executives and government leaders, so they know which ones to spend their time on. https://bookauthority.org/books/best-submarines-books

The authors of the Poopie Suits series intend to publish all the books in this Audio Format in the near future.

The Poopie Suits series of books was created by two brothers, Frank and Charles Hood, who started by detailing the submarine service of Frank during the late 60’s to early 70’s.  The first book, Poopie Suits & Cowboy Boots, takes the reader on the journey of a young man who volunteers for submarine service and includes historical and cultural touchpoints of the era, including the Vietnam War, political unrest and assassinations, the nascent space program, and more.  Richly detailed by co-author Charles Hood and written in a language that anyone can understand, it focuses on true stories of daily life on a submarine.