Highlights:
The “World Tea & Coffee Expo”™ offers India’s only organized and credible avenue for all the stakeholders of the hot beverage sector to come together under a single roof for networking, business expansion and ideas exchange & one to one interaction with high end market players. Cutting through a plethora of food and food processing shows and focusing purely on Tea, Coffee & allied sectors, the Expo has established itself as the official, globally recognized Industry show with just five editions under its belt. For the 2018 edition WTCE is expecting about 90+ Exhibitors from 8 countries and a visitor base of 4000+ industry professionals from across India & abroad. Country & Tea/Coffee Board pavilions & buyers from UAE, UK, Italy, USA, Sri Lanka, China, Nepal, Iran, Russia, Turkey and many more planned. The event provides a powerful, focused platform to meet potential clients/decision-makers and establish valuable alliances. This niche trade fair has proved itself as a major launch pad for new products especially by MSME sectors. WTCE offers huge potential for franchising, marketing alliances, appointing Distributors, bulk orders, joint ventures and overall branding.

Expo Location:
Nehru Centre, Worli, South Mumbai – http://www.nehru-centre.org/wp-content/uploads/2016/06/location-map-new.jpg. [The commercial capital of India attracts exhibitors & serious Visitors from across the length and breadth of India as well as from abroad and has been host to this unique event since inception] 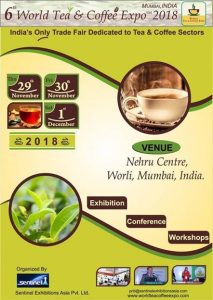 Registration and Admission:
The show is not open to general public. This is a trade event and only industry professionals will be allowed. No one under 18 permitted. No retail sale.

A spectacular lineup of guest performers are poised to make the 73rd season of the Monterey Symphony a special one for local music aficionados who, from October to May, will be treated to a series of six concerts, featuring some of the most-iconic compositions of all time.

Salinas, CA, April 07, 2018 – A spectacular lineup of guest performers are poised to make the 73rd season of the Monterey Symphony a special one for local music aficionados who, from October to May, will be treated to a series of six concerts, featuring some of the most-iconic compositions of all time.

Tickets (priced from $10-$84, with student and military discounts available) and additional information can be obtained online by visiting the website at www.montereysymphony.org, or by calling 831-646-8511. Tickets also will be sold at the box office on performance days. 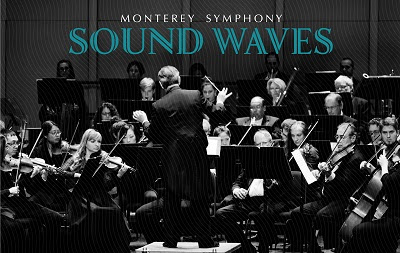 Here’s a preview of a season entitled Sound Waves, which promises to be a memorable series of shows, which will include Saturday-evening performances at 8 p.m., and Sunday matinees at 3 p.m., at the fabulous Sunset Center (Ninth Avenue and San Carlos Street, Carmel).

The 2018-19 season debuts with a program showcasing conductor Max Bragado-Darman and the Monterey Symphony performing a new work from compose Alex Berko commissioned with the Big Sur Land Trust, plus Franz Shubert’s Symphony No. 9, “The Great.”

Berko, an exceptional student at the Jacobs School of Music at Indiana University, drew his inspiration for his new orchestral work, Among Waves, from the deep beauty of the landscape during a week in residence at Glen Deven Ranch in Big Sur.

Glen Deven Ranch also played a role in the first commission with the Big Sur Land Trust, resulting in Big Sur, the Night Sun, by esteemed composer John Wineglass, performed by the Monterey Symphony on the opening weekend of last year’s concert series.

Tchaikovsky’s Symphony No. 4, Op. 36 (often referred to as the “Fate” symphony because of its dark undertones) headlines the second concert of the series.

Written in the shadow of Beethoven’s masterful Symphony No. 5, Tchaikovsky echoes the great master’s melancholy in this hallmark orchestral work.

Celebrated American flautist Carol Wincenc, a professor at The Julliard School, will be spotlighted during this same program, joining the orchestra for Carl Nielsen’s Flute Concerto, composed in 1926 for legendary flautist M. Holger-Gilbert Jespersen. This concert also will feature members of the Youth Music Monterey County Honors Orchestra, playing side-by-side on Hector Berlioz’s Overture, Le corsair, Op. 21, which, like the Tchaikovsky symphony, was also composed during a period of great despair.

The third weekend of the “Sound Waves” season comes alive with four works, each of which is dedicated to the sea.

Claude Debussy, the father of Impressionism in music, composed La Mer in the mold of a symphony, but eschewed the traditional title for one more authentic to the sound of the music.

French composer Jacques Ibert, director of French opera in Rome, wrote Escales — a suite for orchestra that perfectly resembles postcards from three Mediterranean ports — after finding his obsession with the sea.

This concert also features “Four Sea Interludes” from Peter Grimes, Op. 33a, by Benjamin Britten, England’s finest modern opera composer. Composed in 1945, the piece launched the career of Grimes in the new postwar era. The gorgeous tone-poem Oceanides, Op. 73, by Jean Sibelius, was inspired by the haunting and tempting sea nymphs referenced in Greek mythology.

Jung-Ho Pak will be guest conductor for the fourth concert of the season, featuring the works of Tan Dun, Shostakovich, and Alan Hovhaness.

The revolutionary experimental composer Tan Dun transposes the sounds of water — at play and at work — into the textures of his music, most literally in Water Concerto for water percussion and orchestra.

Hovhaness’ symphonic poem, And God Created Great Whales (commissioned in 1976 by the New York Philharmonic), featuring prerecorded humpback whale vocalizations, was credited with early efforts to save whales from extinction.

And Dmitri Shostakovich was commissioned to write Symphony No. 9 — described by Leonard Bernstein as a series of musical jokes (including purposeful mistakes) — to celebrate the Soviet victory over Germany.

Three Romantic German composers are featured in the fifth concert of the season, a program that opens with Mendelssohn’s concert overture, Calm Sea, and Prosperous Voyage, Op. 27, inspired by Beethoven’s work of the same name.

And Robert Schumann’s Symphony No. 4, Op. 120, originally from his unpublished second symphony, underwent massive revisions in 1851 (five years before his death), proving his mastery over orchestration and increased expression in the final edition of this emotional Romantic symphony.

The sixth and final concert of the season will conclude in grand fashion with music by Wagner, Chopin, and Beethoven.

Richard Wagner composed brilliant overtures throughout his many German operas, including the overture from The Flying Dutchman, which will be showcased as the opening work in the season finale.

Chopin’s stunning Piano Concerto No. 2, Op. 21 — composed before he completed his formal education at age 20 — follows, will be performed by magnificent Cuban pianist Marcos Madrigal.

And the season ends with one of the all-time greatest compositions for the concert hall, Beethoven’s Symphony No. 5, Op. 67. A favorite among experienced and new audiences, musicians, and conductors, the fifth endeavor in the symphony genre struck a chord for Beethoven as he discovered his true forte. It is the “Stairway to Heaven” of classical music!

Zevrix Solutions announces Output Factory 2.2.9, a maintenance update to company’s output automation solution for Adobe InDesign. Output Factory automates printing, exporting and preflighting from InDesign and offers batch processing, export as single pages, layer versioning, custom scripts integration and more. The new version fixes an issue which prevented users from including text from InDesign document in the variable subfolder name for output files of each InDesign document in the batch.

The new version fixes a bug in an advanced feature that allows users to insert text from specific InDesign frames into the names of output subfolders. Output Factory can automatically create subfolder structure for exported files making it easier for the users to locate and manage their output assets. Among other options, the app can create a separate subfolder for output files of each InDesign document. With the new update, customers can leverage the InDesign script label feature to name the subfolders with text snippets from the source InDesign document.

“Using Output Factory is straightforward. You determine your settings and sit back while Output Factory does all the heavy lifting,” writes Jamie McKee in a 5-star review in InDesign Magazine. “The time savings are huge.”

Pricing and Availability:
Output Factory can be purchased from Zevrix website for US$169.95 (Lite version $119.95), as well as from authorized resellers and Adobe Exchange. Trial is also available for download. The update is free for the users of Output Factory 2.x, and $84.97 to upgrade from Output Factory 1.x and BatchOutput. Output Factory requires macOS 10.7-10.13 and Adobe InDesign CS3-CC 2018.