“We are thrilled to be introducing these awesome shoes to our loyal Hawke & Co consumers,” said Michael Rosenberg, President of Hawke & Co. “We’ve had a lot of buyers and customers asking for Hawke footwear, and we listened. The interpretation of Hawke & Co’s DNA into this line of footwear was very well executed by Core Classics and we couldn’t be happier.” Core Classics marks the brand’s fist licensee. 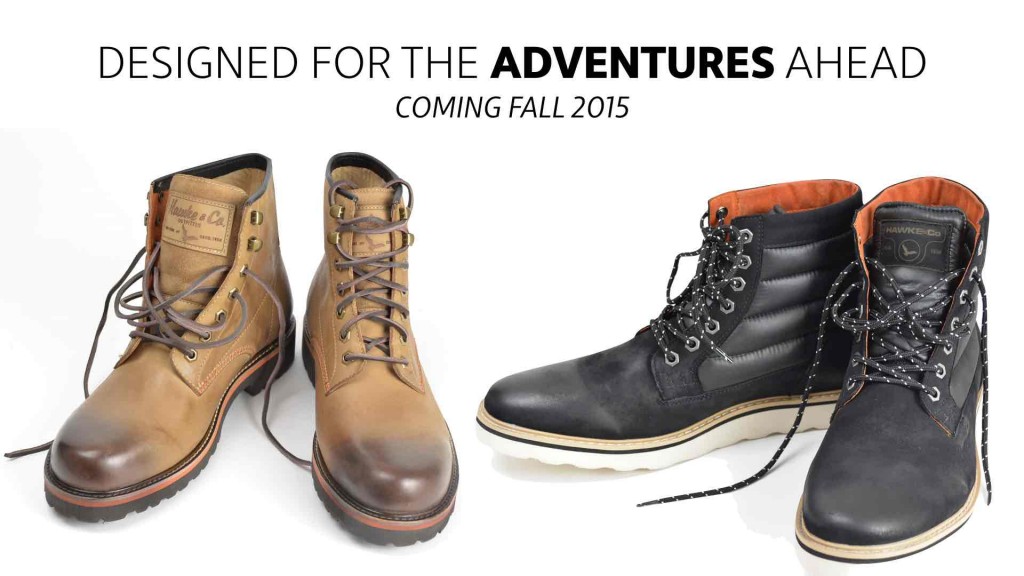 The team paid careful attention to the designs of Hawke & Co outerwear and developed shoes that hint at the innovative designs of jackets such as the company’s flagship line of ultra lightweight packable down jackets. The collection features twelve designs ranging from casual sneakers, loafers, vintage boots and dress boots.

The collection is available to view at Project in Las Vegas from February 17-19th, and will become available this fall on the company’s website at www.hawkeandco.com. Other retail channels will be announced as they become available.

About Hawke & Co
Founded in 1958, Hawke & Co designs apparel that is innovative, stylish and affordable for the modern explorer. Primarily known for their outerwear, Hawke & Co offers premium quality products that are enjoyed by customers around the world. Hawke & Co is a privately held company and is headquartered in New York, New York.